Welcome to my website, which I intend to devote to the conflict among national security, human rights and justice in these perilous times. Since I am a human rights lawyer who focuses on detention, torture, Guantánamo, CIA secret “black sites,” military commissions and the like in the “War on Terrorism,” this site will explore the conflict within such context. My e-book represents a major step in that exploration.

Comments and engagement on these topics would be received gladly. I can be reached on Twitter @CharlesRChurch1, or see my Contact page. 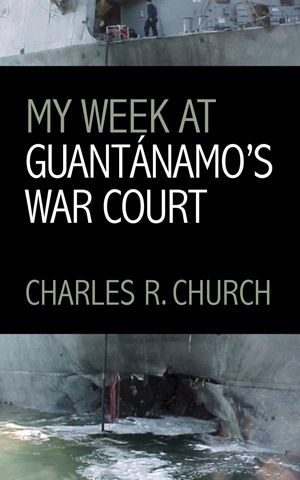 “Raises the alarm in a clear and convincing way on how dangerous the military commissions are to the rule of law as we know it.”
— Professor Mark Denbeaux, counsel to Guantánamo detainees

“We are there, inside. He introduces us to the judge, prosecution and defense in human terms, though seen through the scrim of the ‘deep  skepticism about the integrity of the military commissions’ that he brings to his analysis.”
—Rebecca Busselle, author

New to eBooks? Need assistance? … An Amazon eBook can be read on your Kindle device. But if you don’t have a Kindle, all that is needed is the free Kindle App to be able to read eBooks on whatever mobile device or computer you own. Click here for more info …

The prestigious Center on National Security at Fordham Law School selected My Week at Guantánamo’s War Court as one of its Editor’s Picks. The Center is a non-partisan research and educational institute dedicated to enhancing public understanding of the complex security challenges of the 21st century and to promoting intelligent policy recommendations.

“Whether you think that keeping Guantánamo open is a necessity or a tragedy, chances are that you have little sense of what the place is really like, or what actually goes on there from the perspective of Justice. Charles Church has been there and, while he has obvious leanings, he can tell any American important things about what is being done in our name. He touches on some of the less obvious ways that attempts to do justice in such a strange environment may be impossible, and certainly are strained. His narrative about legal process is quite accessible for a lay reader and well worth an hour of your time.”
—Sandy Mattingly 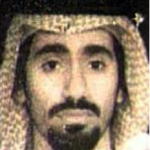 My Week at Guantánamo’s War Court deals with the time I spent at Guantánamo Naval Base in June, 2013 as an observer/journalist of pretrial proceedings in the capital prosecution by military commission of Abd al Rahim al Nashiri, who probably will be the first “high-value detainee” to be tried by a military tribunal. Nashiri is charged with directing bin Laden’s “boats operation,” which conducted three attacks, the best known of which is the highly lethal strike on the USS Cole in Aden Harbor in 2000 that claimed 17 lives and wounded dozens of other sailors. Early in 2002, Nashiri, was captured, then spirited away by the CIA to secret black sites, where he was interrogated and tortured over four years. He then was transferred to Guantánamo’s detention facility in 2006, where he has been held captive ever since. The prosecution I report on in the e-book commenced in 2011. Many believe that, even if exonerated, Nashiri never will be released.
The book combines my first-hand account of the proceedings, with a description of the major players, and critically compares the war courts’ approach to justice to what our civilian federal courts provide.

“Charles Church provides a citizen’s eyewitness account of our government’s conduct of a trial on foreign soil, by novel rules, of a man accused of running the boats that blew a hole in the U.S.S. Cole and attacked two other vessels. The defendant may or may not be guilty. What is certain is that he has been tortured, and that the scales of justice in this court have been tipped in a way that we would not allow on home soil. Church, a seasoned attorney, is the kind of witness one would want if one were in trouble: observant, nuanced, fair—and unflinching. He paints the scene with a clear eye to the issues at stake, but also to the humanity of the lawyers, the judge and the defendant, as actors in a courtroom where the best justice that can be achieved is one that is—in Church’s perfect word — diluted.”
—Vincent Stanley, author